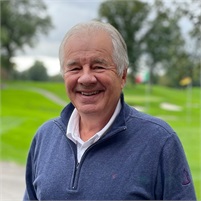 Bob graduated from St. John Fisher College and immediately began a career in the insurance business with Mutual of New York (MONY) in 1971. As his practice evolved his producer group was recognized as one of the best advisor teams in the industry buy Sales and Marketing Magazine. Shortly thereafter Bob was charged with taking over Syracuse Agency for MONY. After three years of solid growth asked to build out a national producer group model for the company out of their New York office. After the acquisition of the MONY Group by AXA, Bob continued his national work as a recruiter attracting large firms and reps to the AXA platform.

Recognizing the decentralization in the financial services industry, Bob and a partner founded a brokerage general agency named iTrust Advisors, LLC in 2010. The purpose of that firm was to provide an efficient back room from which agents and reps could service their clients in the fixed product space. That firm continues to grow and expand primarily along the East Coast. Consistent with that theme it was equally clear that an independent financial services team could provide great value to many of today’s clients as an advice centered organization. It is that vision that has driven the rapid growth seen at iTP Partners, LLC since its inception.

Bob serves on the Boards of Coaches vs. Cancer as well as the Jim and Juli Boeheim Foundation.